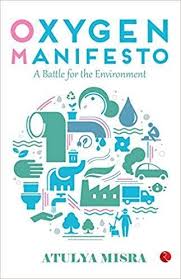 Oxygen Manifesto is a story of the triumph of ordinary people over the might of the establishment in their battle to save the environment.

Thatha lives in a remote and inaccessible part of Manipur and Ravi is a young IAS officer from
the Tamil Nadu cadre. Circumstances bring them together and they create the most effective
environmental movement the world has ever seen. They shun the politics of criticism and personal attacks and focus on establishing a new polity based on the principles of environmental protection, habitat conservation, direct civil action and democratic decentralization.

Oxygen Manifesto is an engaging story about environmental degradation and the impact of the Anthropocene. It exposes the myth around wealth creation and the paradigm of economic growth. It also plants a development narrative that is environment-centric—an idea which is considered fringe in today’s times, but is bound to emerge as a mainstream thought in the future.

The story also has an undercurrent of minimalism and veganism, as opposed to consumerism and wasteful consumption. A novel concept of taxing goods and services based on their carbon and water footprint has also been introduced by the writer. This is a must-read for anyone who cares about the future of human civilization.

The cover page of the book is very subtle in sky blue and white colour. It hold the image of various aspects related to the environment such as trees, pollution, water, factories, garbage etc. I really liked the way the small images are clubbed in form of a collage.

We are living in a world where the air we breathe is not even pure and healthy and the newspapers are filled with the various environmental issues. And, the saving of the planet is very important at this point of time. There are very few books that talk about the conservation of the environment. Oxygen Manifesto by Atulya  Misra is one such book which opens the mind of the reader and tells the hidden stories of the people who worked for saving the environment. This book not only opens the mind of the reader but also motivates us to do something about it apart from just pointing out how unhealthy it is.

The book Oxygen Manifesto revolves around Thata,  who lives in a remote area and an inaccessible part of Manipur and is doing something really great for the environment but is not interested in the media coverage. While on the other hand, is Ravi Chandran Bose who is a young IAS officer from the Tamil Nadu cadre. And, both of them meet each other due to the depleting condition of the Earth and do something which is at a macro level which focuses on saving the planet Earth and focus on establishing a new polity based on the principles of environmental protection, habitat conservation, direct civil action and democratic decentralization.

Oxygen Manifesto is a very gripping tale revolving around saving the planet Earth. It takes a reader on a journey which is remarkable in its own way that it made me stick to the book till the end. The initial chapters built up so much suspense that my curiosity level was very high. Frankly, when I got to know about this book I thought of it as a Non Fiction but I am glad that it is a Fiction because I think through stories we learn more. The opening chapter itself blew me with the subtle and engaging writing style. The author has written the book in a beautiful manner that I just dived into the story. I really liked how the author has described the various events in such a detail with focusing on so many issues like pollution, caste related issues, deforestation etc.

Overall, a very informative and an engaging read for all the people. This book has opened my eyes and motivated me to do my bit in order to save the planet.  This book is a must read. I would highly recommend this book to everyone.

Atulya Misra is a senior officer of Indian Administrative Services; currently posted as the Principal Secretary, Revenue and Disaster Management Department in Government of Tamil Nadu. He has earlier worked as Principal Secretary in the departments of Industries, Environment & Forests, and Transport. He has also served as chairman of different organizations, including Chennai Port Trust, Tamil Nadu State Pollution Control Board, Titan and TNPL.
Atulya Misra is an alumnus of Scindia School, Gwalior; Hindu College, University of Delhi; TERI University, Delhi; universities of Texas and Yale, USA; and Institute of Development Studies, Sussex, UK. He was awarded a doctorate by Anna University, Chennai, for his work on carbon footprint. He has written numerous papers for scientific journals. This is his first book. 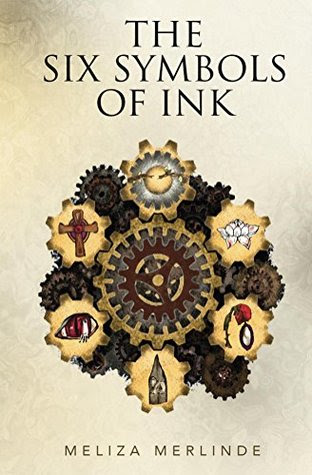